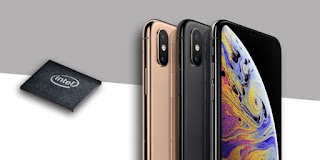 It has long been rumored that Apple will release the iPhone 5G next year.  Getting stronger after the Cupertino-based technology giant acquired a smartphone modem division from Intel.

But this time, the rumors are getting stronger because based on the Nikkei report, three of all iPhones to be released next year, will carry the Qualcomm X55 5G modem.  This modem will be combined with Apple's latest chipset, the A14 Bionic, which is reportedly built on 5 nanometer technology.

The move to a smaller manufacturing process makes the chipset more power efficient and more powerful.

Previously, Apple's specialist technology analyst Ming Chi Kuo predicted that Apple would release three 5G iPhones next year.  This rumor is in line with this Nikkei report, which also mentions three variants of the iPhone 5G.

What's new about this Nikkei report, is the modem supplier, Qualcomm.  Apple itself has solved the problem of copyright infringement which has been contested for a long time on the green table with Qualcomm.  This problem ended in April, and Apple has been able to use a modem from Qualcomm.

Apparently, Intel's 5G modem from Apple will be used for the long term, not for next year.