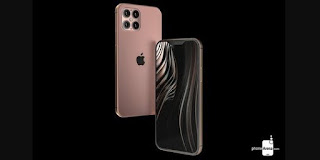 Although it is still more or less 10 months of release, the iPhone 12 Series has begun to be widely discussed.  After being called will carry the 5G and newer designs, one of the main specifications of this Apple-made cell phone is rumored to be strongly emerging.

Based on a report from analyst named Blayne Curtis from the firm named Barclays, which was quoted by MacRumors, said that the Pro variant of the iPhone 12 Series will carry 6GB of memory.  This is confirmed based on Curtis research in a row of Apple supplier companies in China.

This figure itself is up from the iPhone 11 Series which all carry 3GB of RAM.

This RAM will be combined with a processor that is still rumored to be true, namely Apple A14 Bionic.  Although it still does not exist, it has been confirmed that this processor is being developed by Taiwanese chip company TSMC on 5 nanometer technology.

The Barclays report also mentions that there will be a 3D mapping camera based on Time of Flight, which will be installed on the Pro variant of the iPhone 12 Series.  This is a similar rumor that was said by Apple specialist analyst Ming Chi Kuo.

This report also confirms the existence of the iPhone SE 2, where production will begin in February.  This is an iPhone similar to the iPhone 8, minus Face ID, using the latest A13 Bionic processor, as well as minus wireless charging.