This Leaks Specifications, Prices, and Features of the iPhone 11 which is launching tonight 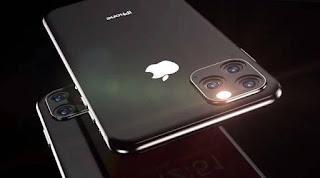 In just a matter of hours, Apple will announce the presence of its newest iPhone series.

Located at the Steve Jobs Theater, Cupertino, California, United States (US), there will be three newest smartphone models successor to the iPhone XS, iPhone XS Max, and iPhone XR.

The three latest smartphones that will be announced, namely the iPhone 11, iPhone 11 Max / Pro, and iPhone 11R.

Based on information leaks that have circulated on the internet, the iPhone 11 series will come with better camera capabilities, faster processors, and iOS 13.

The following is a summary of information about the three series of iPhone 11 that Apple will announce at midnight Indonesian time. 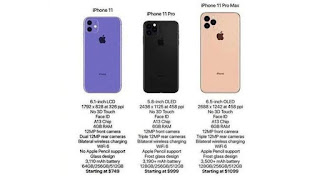 As the successor to the three iPhone modes that Apple launched late last year, the iPhone 11, iPhone 11 Max / Pro and iPhone 11R will be paired with the A13 processor.

In order to boost daily performance, Apple has embedded 4GB of RAM on the iPhone 11. Meanwhile, the iPhone 11 Max / Pro and iPhone 11R use 6GB of RAM. 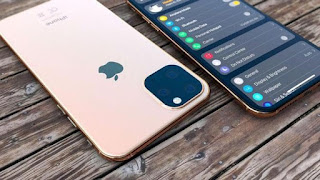 One of the big changes predicted to be announced by Apple is present in the iPhone 2019, namely the ability of the smartphone's third camera.

iPhone 11 is expected to appear with a 12MP selfie camera and a rear camera with two 12MP lenses as well. 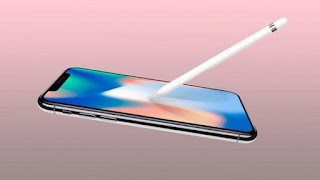 All three models of the iPhone 11 are believed to have reverse wireless charging called Wireless PowerShare.  With this technology, users can recharge AirPods and Apple Watch batteries.

Apple will use a bigger battery, so the iPhone 11 series will last longer.

It is still not clear if the bundled charger will be stronger than the standard 5W version.

The third iPhone 11 is also believed to be present with Apple Pencil support. 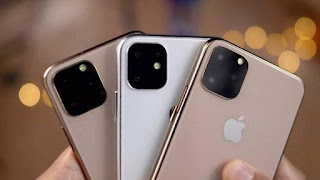 Furthermore, the variant of the iPhone 11 model will be sold at a price tag that is not much different when Apple launched the iPhone X series last year.

This means, the iPhone 11 will be sold starting from IDR 13 million, Max / Pro for IDR 14 million and above, and the iPhone 11R for around IDR 15 million.

Apart from the leaked specifications and prices of the trio of the iPhone 11, we have just received confirmation of this information at the launch on September 10, 2019.